Rail Photos of the Month: August 2014

Here are this month’s photos by RailPAC photographers.
NINE (9) of them this time from everywhere!
Click on each photo to see it full size!
Contributions to this page are welcome. Send your jpg rail photos to Russ Jackson, RailPAC Photo Editor, at info@xg1.b3e.myftpupload.com. 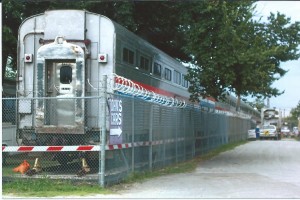 Ever wonder where Amtrak’s ex-Santa Fe “Hi Level” cars are? Some are in Chicago, owned by Corridor Capital for possible use on their new contract to operate the Hoosier State. The cars above are on a privately owned track across the street from the main entrance to the Texas State Fairgrounds at Fair Park, near Dallas. They can be seen from the DART Green Line. Russ Jackson photo. 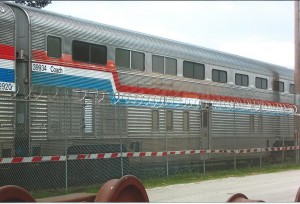 Which cars are at Fair Park? Here is a closeup of the nearly dozen cars that have been stored there for some years in anticipation of being eventually used. Russ Jackson photo. 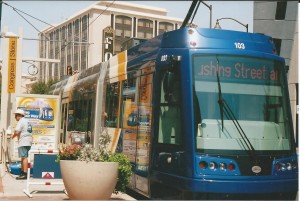 Tucson, Arizona, began revenue service on its new SunLink Streetcar line on July 26. This view, looking northwest, is car 103 at the historic corner of Congress Street and Stone Avenue downtown. The famous Fox Tucson Theater is a destination in the background. Richard Strandberg photo. 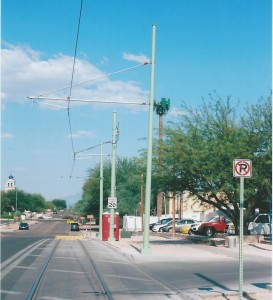 The end of the line for the Tucson 4-mile street car line, near the University of Arizona Hospital, is positioned so the system can be expanded. Richard Strandberg photo. 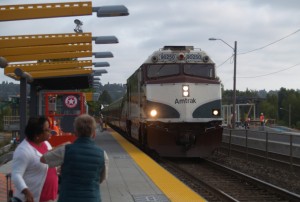 Amtrak Cascades train 501 is arriving a few minutes late at the Tukwila, WA, station on July 18, 2014. These platforms are being rebuilt. Mike Palmer photo. 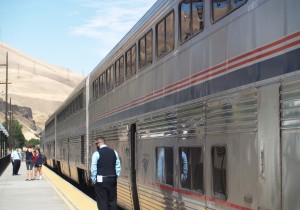 The Portland, OR, section of the Empire Builder follows the north bank of the Columbia River. This picture shows the train at the Wishram, WA, station on July 11, 2014. Mike Palmer photo. 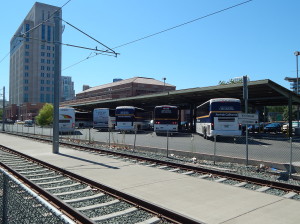 Amtrak Thruway buses provide a popular connection to Amtrak corridor trains in all parts of the state. This is the Sacramento station bus hub. Noel Braymer photo. 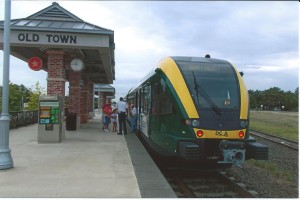 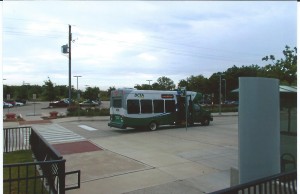 This DCTA “Connect” bus picks up A-Train passengers at the Lewisville station, with its route going to Vista Ridge Mall. On this day two passengers boarded the bus. Russ Jackson photo.