Electrolink Will be on the 2020 Ballot 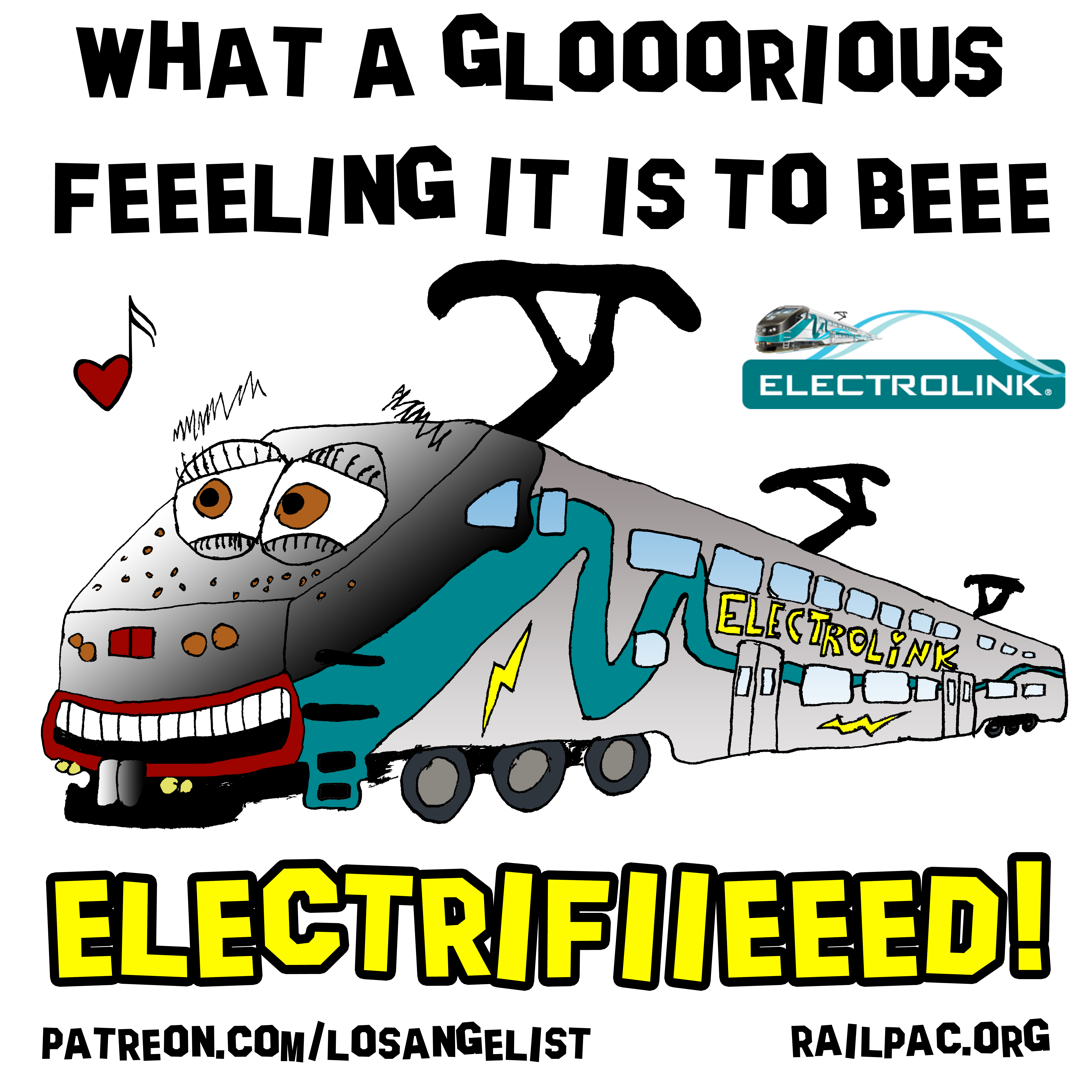 Funding for Metrolink regional rail electrification (#Electrolink for short) is going to be on the ballot in 2020 in Los Angeles, Riverside, San Bernardino and Orange Counties.

And we only need 55% of the vote – so long as we do it in accordance with the recent state supreme court ruling reducing the threshold for citizen-sponsored referendums and the like.

Our meeting with former Mayor of Santa Monica Denny Zane and the wonderful staff over at Move LA – the team probably as responsible as any for Los Angeles County’s previous $120 Billion transit investment, Measure M – went very well.

It is late on Saturday evening so I’ll put off going into detail until a future post, but so as not to leave you good people in suspense, here is the main finding of RailPAC’s first official meeting with Move LA:

We’re going to use this opportunity to to turn all 500+ miles into Electrolink – a modern, punctual, frequent electric passenger rail service similar to Europe and Asia’s –  dramatically improving passenger experience and eliminating local air pollution.

Much more to come on this and the numerous other exciting passenger rail developments we’ve been covering, once RailPAC President Paul Dyson has returned from his brief trip to Canada and we’ve had an opportunity to go over everything that’s happened in the few days he’s been out of town.