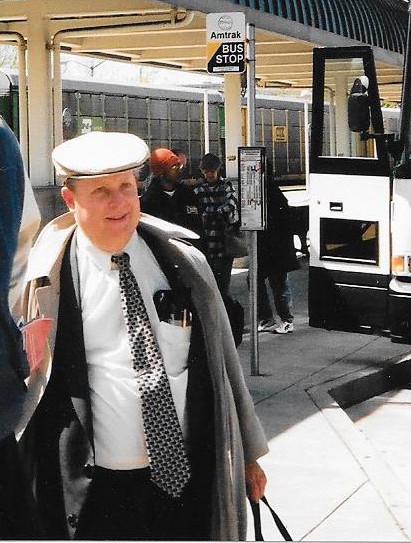 It is with great sadness t 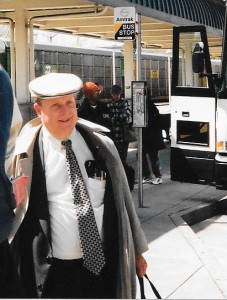 Ken could always be counted on to attend our meetings and give his support to just about any gathering to do with rail.  He was particularly active as a member and officer with the various historical societies, including the Electric Railroad Historical Association, the Pacific Railroad Society and Southern California Transit Advocates.  Ken was one of that diminishing band of brothers who rode the remnants of the old Los Angeles transit system, and the main line trains while they were still in private hands.  At a LOSSAN Board meeting last year held in the Harvey House Restaurant he was able to give the Board an account of his own experience there when the restaurant was still in use.  Ken rode the last Southern Pacific “Lark” from San Francisco to Los Angeles in 1968, and made sure that he was the last passenger to step off the train.

A few years back Ken applied for a position as a telephone customer service agent with Metro, and he asked me for a letter of recommendation.  I gladly provided it, although I couldn’t help wondering how productive he would be.  He had such an encyclopaedic knowledge of the local bus and rail lines that he’d probably spend too long with each caller giving them a bewildering array of alternatives for their journey.

Other than knowing that he came from the Chicago area, and also served in the US Army in Germany, I don’t have any other biographical details.  Ken was fortunate in having many friends in Culver City and throughout Southern California.  He always had a positive outlook and a cheerful disposition, and will be missed by many in the rail and transit community.