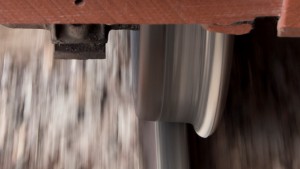 The departures of Art Leahy and Michael DePallo came as no surprise to insiders.  Rumors were rife that Art had more than hinted that he was not going to seek a contract renewal in April, and DePallo left before the Board carried out a performance review. But to make matters more interesting, on January 15 Art told Steve Lopez of the LA Times “I absolutely am going to apply” for the Metrolink job, having been more or less invited to do so by new SCRRA Chair Shawn Nelson at the previous Board meeting.

Until Art came on the scene intercity and commuter rail were the red-haired stepchildren of Metro. The agencies to the north and south regarded Los Angeles as the “hole in the donut”, rather than the hub of the systems. In addition to his many other responsibilities, Art put passenger rail firmly on the map by establishing a “non-transit” rail office headed by Don Sepulveda to tackle the infrastructure needs in the County. These include key grade separations such as Doran Street in Glendale and Rosecrans/Marquardt in Santa Fe Springs, as well as eliminating rail bottlenecks. Design work is in progress for the Van Nuys station which will finally serve two tracks by means of an island platform, and completion of double track to Chatsworth by filling the 6.5 mile gap between CP Raymer and CP Bernson.

In addition preliminary work is being undertaken on the Antelope Valley line with a new station to serve Burbank Airport and double track from north of Burbank Junction (CP Brighton) to Sylmar. Vincent siding just south of Palmdale is to be extended, which seems to be a gift to Union Pacific rather than a need for passenger traffic, a case of paying the Danegeld? So finally we are making up for two wasted decades of inaction by Los Angeles County.

Most important is the announcement last April that the LAUS run through tracks, now known as SCRIP, had received a “Tiger” grant from the federal government to fund environmental and engineering work.

This project is the cornerstone of any attempt to revitalize Metrolink and to make the Surfliner competitive for journeys through Los Angeles. Without wishing to appear less than grateful, I do note that the route chosen involves the sharpest curves on the southern approach to the station, and hence the lowest speed. In addition there is no connection from the south to go to the San Bernardino line, precluding the option of Antelope Valley or Ventura line run through trains towards San Bernardino and Vice versa. I believe Los Angeles River politics are in play here, and that’s a story for another day.

The issue for advocates is, will the new Metro CEO maintain Art Leahy’s support for rail infrastructure improvements, or will we go back to the age of the hole in the donut? And if Art is appointed to CEO of Metrolink, will he have the juice to rescue that organization and win for it the infrastructure and operating funds that it needs to provide a 21st century service.

RailPAC is looking for a few good advocates to form a southern California action committee to keep a focus on these issues. Contact me if you can help.