RailPAC PHOTOS of the Month (November, 2013)

Here are this month’s photos by RailPAC photographers. Click on each photo to see it full size! Contributions to this page are welcome. Send your jpg rail photos to RailPAC Photo Editor, at info@xg1.b3e.myftpupload.com. Russ Jackson, Photo page editor. 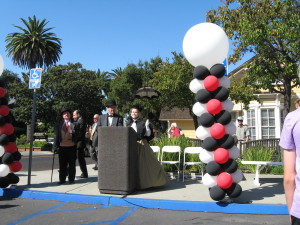 How’s this for an historic photo? Is that really Mr. & Mrs. Leland Stanford speaking at the Caltrain 150th Anniversary celebration at the Menlo Park station on October 19, 2013? Photo by Bruce Jenkins. 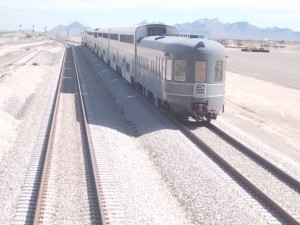 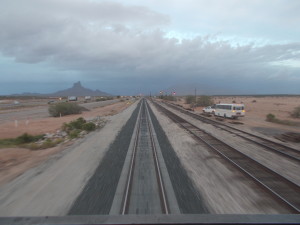 Union Pacific’s new double track project segment from Tucson west to Picacho opened in November, 2013. This photo, taken from the rear door window on the Sunset Limited Texas Eagle train 2 sleeping car in October, looking west, shows the construction was nearing completion. That is Picacho Peak in the distance on this cloudy Arizona morning. Photo by Russ Jackson. 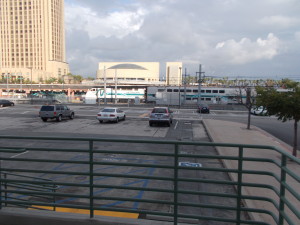 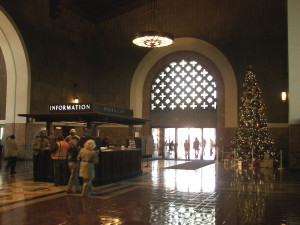 To commemorate the season, this is the Christmas tree in the waiting room at Los Angeles Union Station, in 2012. Each year a tree is displayed for arriving passengers to see. Photo by Noel Braymer.