Six RailPAC PHOTOS of the Month (from October, 2013)

Here are this month’s 6 photos by RailPAC photographers. Click on each photo to see it full size! Contributions to this page are welcome. Send your jpg rail photos to RailPAC Photo Editor, at info@xg1.b3e.myftpupload.com. Russ Jackson, Photo page editor. 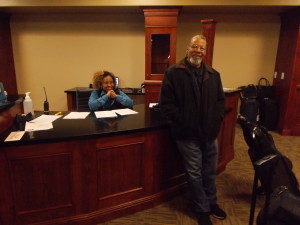 Amtrak opened its Metropolitan Lounge at Los Angeles Union Station in early October. First class (sleeping car) passengers can reach it by taking the elevator beside the rental car location near the ticket windows. In this photo an early customer was RailPAC VP South James Smith, who was traveling on the Coast Starlight. He is checking in with attendant Stephanie. (Russ Jackson photo) 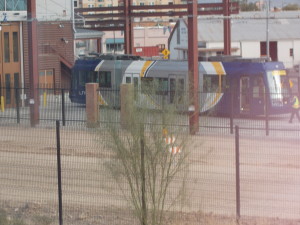 Tucson, Arizona is building a light rail/trolley system that will extend from the University of Arizona’s Medical Center to downtown and the municipal buildings. Their first car, seen here, arrived in early October. (Russ Jackson photo) 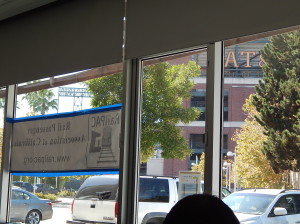 RailPAC held its annual meeting in San Francisco on October 5 at a site near the Caltrain station, the Muni line, and across the street from the Giants baseball AT&T park. (Noel Braymer photo) 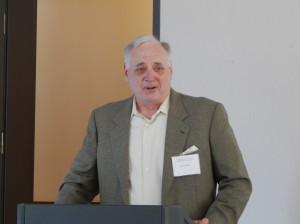 A featured speaker at the RailPAC meeting was California High Speed Rail Authority Chairman, Dan Richard, who entertained the crowd with a funny and charming talk about the progress of the project. Richard is confident it will be a success once built. (Noel Braymer photo) 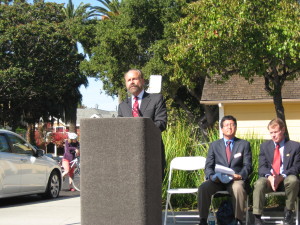 In October Caltrain celebrated its 150th anniversary of transporting commuters. An event was held at the Menlo Park station on October 19, attended by RailPAC VP North Art Lloyd and Director Bruce Jenkins. In this photo the MC, State Senator Jerry Hill, is telling the crowd that “It’s a great day not just for Caltrain, but for the communities it serves.” (Bruce Jenkins photo) 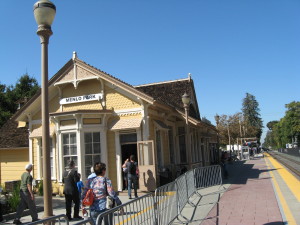 The Menlo Park Caltrain station is a good example of the classic architecture and design of the stations on its 50 mile Peninsula line. (Bruce Jenkins photo)

previousIs It Time to Franchise the Long Distance Passenger Trains?
nexteNewsletter for November 4, 2013